Marion Nestle: One of my Heroes who Disrupts the Spread of Falsity in Nutrition

Home Blog Marion Nestle: One of my Heroes who Disrupts the Spread of Falsity in Nutrition

In one of the most memorable first sentences of a historic novel, Charles Dickens prepared readers for his story about the French Revolution by writing, “It was the best of times, it was the worst of times.” Literary scholars have reflected on his flair for developing themes of good and evil, often couched in his adroit allusions to darkness and light and framed by a setting in Paris and London. Casual readers may foremost remember the characters from A Tale of Two Cities given their impertinent foolishness and unforetold acts of redemption. But serious readers of that time were debating Dickens’ comparisons between the French and British aristocracies. How could British leaders avoid the oppressive “rapacious license” he cautioned was evermore a defining attribute of Paris’s wealthiest classes?[1]

Americans today are in the midst of an information revolution. As much as the field of health promotion has benefited mightily in the past decades from internet abetted access to unlimited health content, our field is also experiencing the best of times and the worst of times. When it comes to our core work of supporting healthy decision making for individuals, organizations and communities, the unfettered, voluminous material available has, unimaginably, made facts seem fickle. Timely research by Sinan Niral on how readily false news compared to true news spreads online is summarized in “Truth, Disrupted” in this month’s Harvard Business Review.

Educating about nutrition and food choices, in particular, has become as much a contest between competing interests and commercial forces as it has been a discipline guided by credible professionals. The second line in Dicken’s opening sentence is less famous but perhaps more pertinent to our time: “it was the age of wisdom, it was the age of foolishness.” Given the pervasiveness of food marketers, social media and diet charlatans, separating the wicked from the wise is a dickens of a problem.

Exposing both academics and the public to well done studies about how food choices are influenced is ever more crucial in an era of alternative facts about what constitutes healthy eating. It’s uncommon to find credible scholars who also command attention in the public square, given that being a nerd and being a celebrity don’t usually mix. It’s rarer still for an academic to use their expert clout to enter the food politics mêlée while at the same time enlightening the masses. I have described Marion Nestle as one of my public health heroes so I wasn’t surprised, in reviewing Nestle’s biography, that the School of Public Health at the University of California, Berkeley has formally christened her such. Two other prolific authors, whom foodies also read faithfully, covet Nestle and her work. Mark Bittman ranked her #1 in “foodies to be thankful for,” and she was ranked #2 in Michael Pollan’s list of powerful foodies in deference to his politically savvy number one pick: Michelle Obama.[2]

“The big challenges in nutrition these days are political—dealing with food insecurity on the one hand, and obesity and its consequences on the other.” Marion Nestle

I was delighted for the chance to interview Dr. Nestle and to feature her insights as a preamble to a special issue on nutrition research published this month in the American Journal of Health Promotion. In reviewing the discussion sections, in particular, it is apparent how prudently food scientists traverse the inevitable political implications of their findings. Most err on the side of facilitation and petition for common sense in protecting public health. If I were to rank food scientists based on forbearance, Nestle would be last. Her approach to advocacy has as much to do with defying corporate power as protecting the public. Aside from her six award-winning books and many research articles as the best place to learn from Nestle, your search engine offers dozens of pages of her frank reflections. Just a few examples where Nestle is in her usual mode of speaking truth to power were interviews at Columbia University[3], the American Society of Nutrition[4] and in a YouTube interview about soda politics where she discussed how the food industry tries to discredit scientists by attacking the messenger.[5]

I am all in on our Constitution’s First Amendment, and having live abroad, I am endlessly smitten with America’s robust expression and freedom of speech. But I wonder if our forefathers had seen the internet coming whether they might have added more stipulations about telling the truth. It seems the courts have been clear that erroneous speech is protected speech and no exceptions are likely “for any test of truth.”[6] In other words, inept bloggers and ambitious marketers can spew away about food properties and benefits, secure in their not ever needing to bear the burden of proof. Perhaps the framers of our nation’s rules had Marion Nestle in mind when they allowed that we shouldn’t use “fighting words and other threats to the peace.” Nestle blogs nearly every day, and there is seldom a shadowy development in food politics that Nestle doesn’t expose as a threat to humanity.[7] I know I feel more secure in knowing that she’ll shine a light on issues that many powerful others wish we didn’t see.

The Antidote for Fake Nutrition News

The most egregious contemporary form of the Dickensian “rapacious license” is that of bloggers with an axe to grind. They cherry pick the literature incessantly, desperate to attract eyeballs that share their myopic vision. Credible scientists do the opposite. Read the limitations and discussion sections in journals to be reminded how readily serious researchers acknowledge findings dissimilar to theirs and share reasons for why their study results could not have likely captured the whole truth. 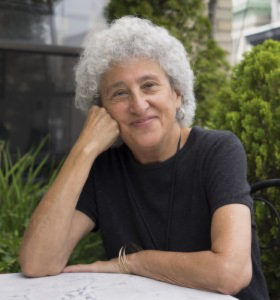 As usual, there is reason to be optimistic that we can discover our way out of a dark place we’ve stumbled into. In my interview with Nestle she describes how inspired she is by her students, which, I’d say is not incidental. You only need to look to their teacher to be reminded how optimism is reciprocated. If Nestle neglects to blog one day, I’d recommend you surf over to see what’s up at the “True Health Initiative” (THI). It’s a remarkable coalition of experts, led by Dr. David Katz, who are intent on demonstrating that there is far more consensus in nutrition and lifestyle medicine than the public appreciates. Next time you read one of those nutrition articles in the popular press that gives you whip lash, read the articles section on the THI website because they curate news according to science not sensationalism.[8]

Nestle and THI and the scientists in our Nutrition Research Special Issue are busy sowing seeds to enable an age of wisdom. We honor them by following their work and turning off those who peddle foolishness. When the foolish get too loud to ignore, as Nestle has shown us, we shouldn’t hesitate to give ‘em the dickens.

For this full editorial, including an interview with Marion Nestle, click on this “Nutrition Research Special Issue” of the American Journal of Health Promotion.