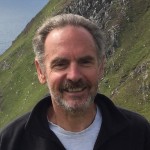 This webinar will review the conceptual framework and implementation strategy for Ecosystems for Healthy Lifestyles, an emerging grass roots effort to make healthy lifestyles the norm in Colorado, presented by Dr. Michael O’Donnell, lead advocate for the effort.

Every healthcare professional knows the PROBLEM. Our toxic lifestyles are making us sick and driving medical spending to levels that are unsustainable for individuals, employers, state governments and especially the federal government.

Most professionals know that harnessing lifestyle as medicine offers a potentially powerful and cost-effective SOLUTION. But, despite some remarkable successes in clinical, workplace and community settings, so many efforts have fallen short because they use superficial efforts that are not scientifically validated approaches, especially to address the cultural and socioeconomic conditions that influence health behaviors. Equally important, the vast majority of the US population (our estimate is 95%) does not have access to comprehensive scientifically validated approaches. This is one of the most impactful health disparities in society. The core problem is lack of resources, not just financial resources, but also social capital, intellectual capital and policy authority. So, the real solution needs to be mobilizing more resources to support harnessing lifestyle as medicine, but how do we do that? The answer is a core element of our approach.

Our approach has five core elements:

He has served as an employee in leadership roles in four major health systems, including the Cleveland Clinic, as well as serving as the Director of the Health Management Research Center and a faculty member in the School of Kinesiology at the University of Michigan. He has also worked directly as a consultant with more than 150 employers, health care organizations, government agencies, foundations, insurance companies and health promotion providers to develop and refine health promotion programs, products, policies and legislation.

Michael has authored more than 200 articles, book chapters and columns and 6 books and workbooks, including Health Promotion in the Workplace, which has been in continuous publication since 1984 and translated into four languages. He has presented more than 300 keynote and workshop presentations on six continents, partially or fully owned 7 small businesses, served on boards and committees for 50 non-profit and for-profit organizations and received 15 national awards. He conceived and authored legislation that was incorporated into the Affordable Care Act, including provisions that resulted in production of the annual National Prevention Strategy. He earned a PhD in Health Behavior from University of Michigan, an MBA in General Management and an MPH in Hospital Management, both from University of California, Berkeley, and an AB in psychobiology from Oberlin College. He attended high school and was later a Senior Fulbright Scholar and visiting professor in Seoul Korea.

This webinar is available to members only.