The Future of Work

Surfacing the Consonance and Dissonance between Employee Engagement and Employee Health

In music, consonance and dissonance relate to how agreeable/disagreeable sounds can be 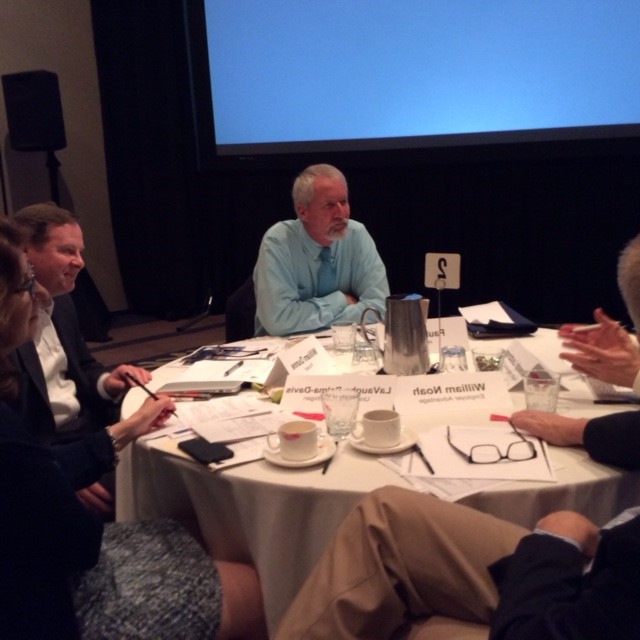 when put together. At this year’s Think Tank, my ear picked up on similar acoustic tensions when participants exchanged views on the future of work, wellness and employee engagement. That changes in health affect changes in productivity is a well-established paradigm in the health and well-being movement, but what of changes in work and the workplace? Can we fashion a future where all workplaces positively influence the health of employees, families and communities? HERO Think Tank members and expert facilitators brought just such ideas and answers to our 2016 Roundtable discussions in San Diego. It is one thing to predict that millennials will bring a different style or the emergence of virtual work foretells a new pace, but it is altogether another thing to wish, as many of our Think Tank participants did, that workers need to be manifestly different to thrive in companies of tomorrow. It’s a belief that spawns from reports such as from Gallup, that 70% of workers today are not engaged. Why? Typical jobs are missing what more and more people working in wellness want to change. That is, work and workers with “purpose, meaning, identity, fulfillment, creativity, autonomy—all these things that positive psychology has shown us to be necessary for well-being (Thompson, 2016).”

Our Think Tank opening presenters and facilitators were Google’s Josh Glynn (also a HERO Board Member) and Anthony Ravitz. They led us through dialogue about the employee experience that challenged us to consider how our profession is solving for tomorrows meaning seeking workforce. Glynn related an exchange he had with an automotive executive. “It must be in an interesting time to be in the car business,” Glynn said. “We’re not in the car business,” came the reply, “we’re in the transportation business.” Ravitz offered a similar slant on his work in Google’s Real Estate and Workplace Services area. “We’re not merely building spaces that are not toxic like most have been, we’re creating spaces with lighting, textures and ambiance that induce health.” It seems an apt metaphor for where our roundtables wanted our field to go next. They said we should be a profession that transcends risk reduction and soars toward human performance. “If we were in the health management business before,” I asked, “what business are we in now?” Answers came quickly and excitedly: “The engagement business.” “Human potential.” “Maximizing human capital.” “Resiliency and productivity.”

How would such a shift in our focus resonate with tomorrows workforce challenges? As HERO member Ashley Kletke, from Stryker said: “companies like ours plan to double in size in the years ahead, but we’re certainly not planning on doubling our workforce.” Such has already been the trend. According to the Atlantic article: A World without Work, computers have already fundamentally altered the performance landscape. “For example, in 1964, AT&T was the nation’s most valuable company and was worth what today would be $267 billion. They also employed over 750,000 people. Today, Google is worth $370 billion but only employs 55,000 (Thompson, 2016).” Still, where the baby boomers are predisposed to being workaholics, generation profilers suggest millennials bring new expectations that feature flexibility. With their tendency of being “sociable, collaborative, open-minded, and achievement-oriented,” will come demands for leaders who can provide “learning and challenges, respect and the chance to work with friends and people they get along with (Barnes, 2007).” 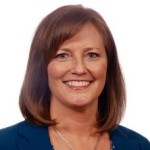 Though our Think Tank milieu featured optimism and excitement about breaking new ground for the health and well-being profession, our expert panels also emphasized how current realities, too, require staying grounded in unresolved benefits dilemmas. Sue Willette, a national strategist at Aon Hewitt (and HERO Board member) hosted a town hall meeting that surfaced the tension between our aspirations relating to engagement and issues threatening affordable employee benefits and total compensation. On Sue’s panel were Kellie McLaughlin of Graco, Stephen Doyle of UPMC, and Andrew Crighton of Prudential Financial. Visit our blog on the Town Hall meeting and, for HERO members, you can view the recording of the webinar broadcast for this session in our Resource Center. Disengaged leaders and talent was also discussed as something that Aon surveys show “keeps the CEO up at night,” but other issues like competitive pressure on pricing, global economic uncertainty, delayed retirements and increasing government interventions are also part of those night sweats. It was during this Town Hall session that members began asking whether Human Resources and Benefits is the right venue for a sustainable approach to wellness and a viable contribution to employee engagement. 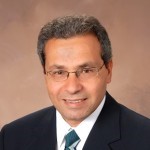 Our Think Tank evaluations from our participants showed members like the “excellent agenda,” “progressive topics,” the “diversity of thought” among the panelists, and the “methods for getting us to think.”  Our Research Panel, chaired by Dr. Fik Isaac of Johnson and Johnson, personified these features. Our panelists Whitney Davis from Prevention Partners, Carrie Schmitz from Ergotron and Chris Calitz from the American Heart Association provided the evidence and substantive cases showing what has worked and advocating for what the future of work could hold. The examples they offered in fitness, resiliency and community connectivity made it clear that continuous innovation and improvement is what it will take to lead the nation in well-being, but their calls for future research remind us that breaking new ground means coordinated lifting between both practitioners and researchers. Members can find the slides from these research presentations in our HERO Resource Center.

What of those forecasts that computers would
enable a life of leisure? Not only were such prognostications premature, but for many of us, our time on the job is actually increasing. At least, it seems, for we driven (imbalanced?) Americans.  In Europe, hours per worker per year decreased between 1950 and 2012 by about 40%. In the United States, hours worked only fell by 10%, but since the 1950’s more affluent and educated Americans are working more and if you add the amount of time many of us spend answering emails at home, those hours go up even more (Barnes, 2007). Our Practitioner Panel, led by Dave Schweppe of Kaiser Permanente, confronted such realities. The panel, including Jeff Rosenblum from Franklin Square, Anthony Anderson from Bath Iron Works and Kirk Larson from TURCK, Inc., provided fascinating contrasts between how they were trying to provide better balance and support to the hard driving employees in their respective organizations, which got the audience thinking hard about the continuum of possibilities currently being tested against the future. Where Rosenblum’s group was providing concierge level nutrition and counseling support to hard driving brokers, Anderson was leading farm to table alternatives to the unhealthy food wagons used daily by their blue collar workers, and Larson was instituting new policies that would extend beyond employees to benefit families and their communities. 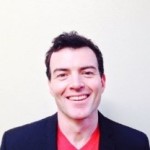 Jeremy Doyle from Humanyze led the closing Think Tank roundtable discussions by describing the excitement and Orwellian questions that arise when monitoring and attendant big data are brought to bear on enhancing health and human performance. Humanyze uses sensing technology to display where people go when they’re at work, who they are around, when they are speaking and who they are speaking to. Though the “content” of conversations is never captured and only patterns related to when someone is speaking along with their volume and tone is used, participants probed around the privacy and slippery slope aspects of such sophisticated surveillance. Doyle argued that such systems can measure team connectedness and that data can show us how cohesive teams generate more trust, productivity and engagement. For example, Humanyze mapped who people were going to for help and how that related to task completion speed. This revealed risks of dependency as well as the “unsung heroes” who nearly everyone asked for help, but who otherwise would not have been recognized for their contributions to the success of others.

HERO members can access presentation slides as well as listen to a webinar of Doyle’s presentation and Schweppe’s
Practitioner Panel in our HERO Resource Center. At the beginning of this webinar you can also listen to my recap of the first day of our Think Tank. Here’s a teaser: I liken our Think Tank aspirational visions to the recent movie “The Martian.” Where some are ready to colonize a new world with sophisticated approaches to engagement, it remains that here on planet Earth we still have some health issues that also require creative and, undoubtedly, costly solutions. HERO members can also access a more comprehensive draft of HERO’s Think Tank’s Proceedings that includes additional graphs, tables and references to other studies and articles about the future of work in our HERO Resource Center.

“I had such a wonderful time at the HERO Think Tank meeting! I truly appreciate your interest in pushing the envelope and encouragement of provocative conversation to determine the best future direction for HERO. It was fascinating to be a part of, thank you.”
-Jennifer Martinsen

“This was head-and-shoulders the best Think Tank meeting we’ve had so far. Lots of meaty and front-edge content and discussion. Great content and mix of formats. Ideas arose and were discussed that I think can take the entire profession and industry to new heights. If we’re able to synthesize and prioritize effectively, HERO can lead that evolution. Especially exciting to see all the new, young energy and thinking that will be so important in making that happen! Congrats!!”
-Long-Time Think Tank Member

“I really appreciated the opportunity to participate in this week’s town hall discussion (via Think Tank webinars).  Many of us have very restricted travel budgets, and in some cases, are not able to attend conferences. This is the first time I’ve seen this happen, and want to give all of you kudos for this opportunity. Thanks again!”
-Anonymous

“It was a great pleasure to be part of this session and this great group of people. Many thanks to all for making it a successful event and special thanks to Jessica for leading all the prep and for keeping our Research Panel on track. So wonderful to hear the comments and the feedback on the Think Tank over all approach and direction!!”
-Fik Isaac